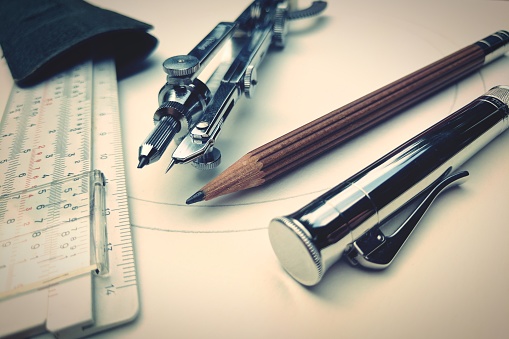 How are organizations to select the right people with the right appropriate professional and intellectual ability in an ever-tighter labor market, which is furthermore becoming increasingly global?

We all know that hiring a less than adequate candidate is costly. Other coworkers put in more hours to compensate for the lack of performance. And let us not forget about all the resources in finding a replacement. In conclusion, it is essential to get the decision right the first time.

The use of psychometrics

In the light of the above, there is a growing trend among HR professionals towards using psychometrics in job candidate selection. In fact, it is becoming clearer that employers can save time and money with the right tools.

This Harvard Business Review article by Ben Dattner gives tips on how to add psychometrics to the hiring process. Dattner writes: “When used correctly, cognitive and personality tests can increase the chances that new employees will succeed. Since the cost of a bad hire is widely estimated to be at least one year’s pay, there are huge incentives for organizations to get hiring right.”

The field of psychometrics focuses on the theories and techniques of psychological measurement, which include intelligence or cognitive abilities, personality traits, and/or vocational aptitude. The field has been around for over a century, and the trend towards using them in the hiring process is on the rise. One of the most common metrics are the testing tools that measure personality – often based on the five factor model. Peter Crush’s 2015 article in Personnel Today states that not only do three-quarters of respondents say they use psychometrics, but 78% agree that it is a “powerful tool” for hiring. Furthermore, the findings show that psychometric tests are broadly believed in, with 88% of respondents who use them saying they have faith in test results (27% said “a lot” while 61% said “quite a lot”).

In this ever-tighter labor market, which is furthermore becoming increasingly global the ability to make a good comparison between candidates with different nationalities, cultural backgrounds, education and diplomates is a necessity. In fact, is has become more important than ever.

Why testing for the g-factor?

Testing for general intelligence, also known as g factor, is an application for psychometrics. The test results can help you to reduce all sorts of dissimilarities to actual differences in intelligence, without the influence of such matters as language or cultural background.

Candidates’ intelligence (cognitive abilities) predicts the ease and speed with which they will be able to solve new problems and can master new information. That is why it gives a good picture of how the person will deal with certain problems in the job.

General intelligence (g-factor), was first described by Charles Spearman in the early 1900s. Spearman noted that while people certainly could and often did excel in certain areas, people who did well in one area also tended to do well in other areas. If a person does well on a verbal test, this person would probably also do well on other tests.

One can compare the g-factor to athleticism. A person might be very skilled in one sport area, but this does not necessarily mean that he will be excellent in another sport area. However, there is a great chance that he will perform much better on all physical tasks than a person who is less coordinated and more sedentary.

In the light of this, g-factor is the notion of a mental ability that reflects how well people can perform cognitive tasks. The belief in g-factor suggests it is indicative of an individual’s success in work and life. For job performance, the belief is that g-factor indicates how fast a person learns. This correlates with the speed and accuracy that a candidate will pick up job tasks.

Every mental test is contaminated by the effects of specific mental skills and no single test measures only g. Different tests differ in their g-loading, which is the degree to which the test score reflects general mental ability rather than a specific skill or ‘group factor’ such as ability, spatial visualization, or mathematical reasoning.

The g-load of the test and validity have been observed to be related in the sense that most intelligence tests derive their validity mostly or entirely from the degree to which they measure g.

Connector Ability is among the cognitive ability test with the highest g loading. What makes Connector Ability unique are the additional features that often do not appear in traditional tests in one or more aspects:

The test can be applied for and taken online. HUCAMA will train people from your organization to be test assistants who can take care of administering Connector Ability and supervise the candidates. HUCAMA will train the appropriate people in how to interpret the test results.

By using Connector Ability, you will be able to: